Please read the article below first before reading this article. 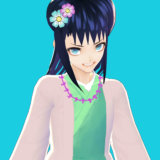 Convince those who do not obey my country in the East to obey me!

The only things the emperor gave Yamato Takeru on his expedition were a few soldiers and a long holly pike.

The emperor did not provide an army to Yamato Takeru.

After receiving this order from the emperor, Yamato Takeru departed and visited the Ise Shrine.

When Yamato Takeru met his aunt Yamato Hime at Ise Shrine, he cried.

Does emperor want me to die?

Without giving me an army….

The emperor must want me to die!

Yamato Hime pacified Yamato Takeru by giving him the ”Kusanagi no Tachi” and a sack. 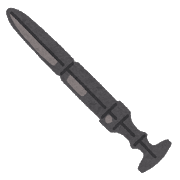 If you are in danger, untie this sack.

On his way to the east, Yamato Takeru met a beautiful woman, Miyazhime, in Owari, Japan.

Yamato Takeru wanted to marry Miyazuhime, but he was now on his way to the east.

So he promised Miyazhime that he would marry her when he came back from the east, and he went to the east.

On his way to the east, Yamato Takeru persuaded those who had not before followed the emperor to obey the emperor.

The leader of Sagami land

There is a great swamp in the midst of this field, and the God who lives in this swamp is a very great God!

Yamato Takeru believed his words and went into the field to meet the great God.

Then the leader of Sagami land set fire to the field. 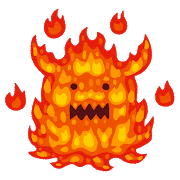 Yamato Takeru realized he had been deceived.

He opened the mouth of the bag Yamato Hime had given him.

He found a flintlock inside.

Yamato Takeru used his Kusanagi sword , to clear the grass.

And then used the flint to start a fire, which he then turned on the other side of the fire and shooed away.

YamatoTakeru came out of the field.

He cut down the reader of Sagami land and set them on fire.

From that time, the land is called “Yakitsu” (meaning “burning” in Japanese).

After that Yamato Takeru tried to cross the Hashimizu Sea (located between Miura Peninsula and Boso Peninsula) .

The god of the sea there caused a wave.

The ship spun around and couldn’t go any further.

Then, Ototachibanahime , one of the Yamato Takeru’s wife said to like that.

I will be a sacrifice to the God of the sea on behalf of Your Highness.

Your Highness must complete the eastern campaign and return to Yamato.

The Otoachibana Hime lays a tatami on top of the waves and sits on it.

After the Ototachibana Hime disappears into the waves, the stormy seas subsided and the ship began to move forward.

Yamato Takeru composed a waka for Ototachibana Hime, who had sacrificed for him.

Seven days have passed since the Otachibanaime was sacrificed to the god of the sea.

Yamato Takeru found the comb of Ototachibanahime on the beach.

Yamato Takeru buried the comb and made a tomb for it.

After that Yamato Takeru persuaded all the raging Emishi…a different people from the east, and the raging gods of the mountains and rivers to let them follow the emperor.

The suppression of the Easten countries was over.

When Yamato Takeru was returning to the West, he climbed Mount Ashigara.

Yamato Takeru shouted as he thought of Ototachibana Hime

Since then, the region has been called “Azuma”.

The end of Yamato Takeru

Later, Yamato Takeru returned to the country of Owari and married Miyazuhime.

However, because he was overconfident himself, he made a mistake and carelessly lost his life.

One day Yamato Takeru climbed Mount Ibuki to fight the gods of Mount Ibuki without his sword.

His sword was in Miyazuhime’s bedroom.

He put his sword in Miyazuhime’s bedroom.

I’m going to beat this mountain god with my bare hands!

When Yamato Takeru were climbing the mountain, he met a white boar on the side of the mountain.

When Yamato Takeru saw the boar、said

You’re a messenger of the Mountain God.
I don’t beat you now,But I’ll beat you later!
and continue up the mountain.

The god of Mount Ibuki Angry at Yamato Takeru’s insolent words, sent down a ferocious leopard.

Yamato Takeru descended from the mountain with his life and walked around every place composing various songs.

But at last he was out of breath.

He composed these waka while he was dying.

（English Translation）
Yamato is the best part of the country.
A mountain of blue hedges, stacked on top of each other.
Yamato, holed up in it, is beautiful.

（English Translation）
If you’re healthy (unlike me), put an oak leaf in your hair, get dressed up and enjoy your life.

And at last Yamatotakeru chanting that waka and passed away.

It seems that Yamato Takeru regretted his decision to climb Mount Ibuki without a weapon.

The hero turns into a swan and flies away.  Yamato Takeru’s funeral

When Yamato Takeru died, his many wives and her children , built a tomb and laid down on their stomachs around the tomb and cried. 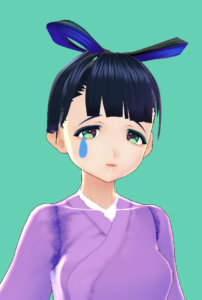 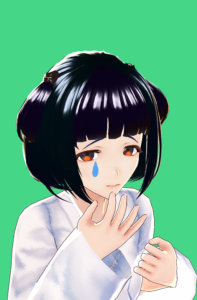 Then Yamato Takeru’s soul becomes a swan and climbs into the sky and flies towards the beach.

The wive’s and children walk after the swan, crying.

Even though they injured their leg on the way, they forgot the pain and continued to chase after Yamato Takeru, who had become a swan.

One of Yamato Takeru's wives

（English Translation）
If we proceed through a field of small bamboos, the bamboos cling to our waists
And make it hard for us to proceed.
We can’t fly.
We only can go on our legs.

As the swan began to fly over the sea, the YamatoTakeru’s wives and children continued to chase it even though they entered the seawater.

One of Yamato Takeru's wives

（English Translation）
When we go in the water, the saltwater clings to our waist and makes it hard to move.

Like the water plants that grow on the broad riverbanks.
We can’t get very far in the sea, even if we wanted to.